Almost no housing accident can cause more damage than a sudden burst pipe! In just a few minutes, your entire bathroom can be flooded. It is essential to know how to fix burst pipes so you can save your property from a complete disaster.

While most burst pipes require professional aid, homeowners need to know how to fix burst pipes on their own.

This is an excellent way of keeping everything as intact as possible before a plumber comes. When a pipe bursts, every second is crucial, and you should do everything you can to reduce the damage. Water pipes sometimes burst without warning, whether they are supply pipes or located in the house’s plumbing network.

Still, these pipes are strong, and they can withstand a high amount of pressure and force. If a pipe bursts, this is typically due to some structural damage that went unnoticed.

Before you learn how to fix burst pipes, you need to know what exactly caused it to happen. Some of the most common reasons why do pipes burst include:

We’ll go over most of these causes, to help you to better understand the location and the cause of burst.

Frozen Water in the Pipes

Did you wonder why do pipes burst in the winter more often? When the temperature drops below -4oC, even the flowing water freezes.

This prevents the rest of the water from flowing, causing a massive amount of pressure. Ice expands compared to water, causing tensional forces that can eventually rip the pipe.

As upstream of the blockage water still flows, this causes leakages. Sometimes, it is hard to notice that a pipe has burst before the weather rises above 0oC. Only when the ice melts, you can see pools of water that make you wonder how to fix burst pipes. [1]

Even something as durable as pipes has an expiration date. No matter if they are made of plastic or metal, they can only last for a certain amount of time.

This depends on the material itself, as well as the exposure to weather elements. Most pipes last 20-40 years. If they are older, they won’t be able to withstand water pressure.

If your pipes burst in apartment seemingly without any cause, this is probably the reason why it happened.

Believe it or not, metal pipes are more sustainable to time damage. They can corrode, especially copper ones. PVC, on the other hand, becomes brittle after some time, so it can easily break.

The most common reason for most piping damage is clogging. When minerals coagulate on the inner surface of the pipe, they tend to accumulate.

Over time, this will cause clogs. Some physical obstacle can also cause clogs, such as hair, tea leaves, or napkins. A small clog will hardly damage a pipe so much that it cracks.

Larger ones, however, can lead to incredible inner pressure accumulation. If that pressure has nowhere to go, the pipe will burst open. Even if they are deep underground, pipes suffer a certain amount of external pressure. This includes issues such as roots, but also construction work and passing cars that can cause vibrations.

This pressure that comes from the ground can damage the pipes, as it makes them go over their structural limits.

This can result in cracks or even bursting of the pipe. Once this happens, you’ll quickly notice a leak or weaker water pressure.

These bursts can be very hard to detect, as the damage is usually underground. Often, you won’t be able to find the exact location of a crack without a plumber.

Even though experts design water pipes to withstand a considerable amount of pressure, there is a limit.

Each pipe can only hold up to a certain amount of pressure, and this is usually marked on a label. While it rarely happens, sometimes that pressure can rise over the limits.

This is typically the case if there is an enormous amount of water going through the pipe. Another reason behind this is if a pipe is too narrow. If the pressure is too high, the pipe won’t last very long. [2]

Movements of the ground

Ground movements are rather uncommon, but they can cause substantial damage to the piping if they occur. This can happen during occasions such as:

These natural forces cause the ground to move, exposing pipes to a massive amount of pressure. This results in pipe bursting.

How Much Does Burst Pipe Repair Cost?

Most DIY projects commonly won’t cost you more than $100. The price depends on whether or not you already have these tools at home.

On the other hand, the average hourly rate for plumbers is $85, but it can end up being much higher. [3]

The additional pipe repair costs can vary, depending on the pipe’s accessibility, damage type, and the pipe material. Repairing burst pipes can cost anywhere between $400 and $1,500!

This is a significant difference amount. You should keep in mind that most suggested fixes are only temporary solutions.

How to Fix Burst Pipes Now that you know when do pipes burst, it’s time to learn what you can do to fix them. Your priority should be enabling the water flow as soon as possible.

Then, you should contact a local plumber. Still, you need to make sure everything is in working order before they arrive.

Turn off the water valve

No matter what kind of plumbing issue happens, the most important thing you should do is turn off the water.

You should turn it off at the main valve, just to ensure that any sudden water splashes don’t happen. Only when you’ve confirmed there is no more running water, you can keep on taking other steps.

Determine the pipe’s material and diameter

You can’t go tool shopping without understanding what you need. The two most important terms you have to know are pipe material and the outside diameter.

Some tools work the best on a certain diameter, and many tools are size specific.

The five most common pipe materials are

Now that you’ve determined these two parameters, here are some methods you should try when pipes burst in apartment.

How to Fix Burst Pipes with a C-Clamp 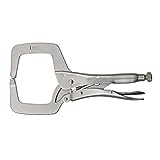 You can stop most smaller leaks using a C-clamp. For this method, you’ll need:

Find the location of the leak and place an adequately sized piece of rubber on top of it. Then, place a block of wood on the rubber.

Open the C-clamp widely so that you can surround the pipe and the wood at the same time. You should then place the straight part of the C-clamp opening on the pipe, opposite of the leak.

The screw part should go on the block of wood. Tighten the screw until everything stands in one place. This should hold for long enough until the plumber arrives and replaces the pipe.

How to Fix Burst Pipes with a Sleeve Clamp 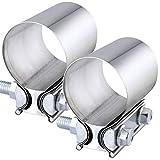 This is an excellent method for stopping both smaller and larger leaks. Also, it is much more permanent compared to C-clamp. What you’ll need:

A sleeve clamp is a metal clamp that is designed to have two semicircular pieces. It can surround the pipe in its entirety, which is why it’s named ‘sleeve’.

You’ll need a sleeve clamp that has the same diameter as the burst pipe. If it’s any different, this method won’t work.

If you don’t have one at home, you can purchase it in a local hardware store. Sleeve clamps aren’t expensive, and they can come in handy with various urgent repairs.

First off, you should place a piece of rubber or other gasket material on the exact spot of the leak. Then, surround this area with two parts of a sleeve clamp.

The only thing left to do is to tighten everything with screws. Most sleeve clamps require two screws, but for others, you may need four.

This can hold the pipe together for an excellent period of time. Keep in mind that it isn’t a replacement for a professional job.

How to Fix Burst Pipes with a Slip Coupling 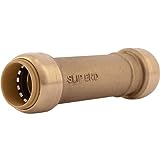 Another suitable, long-lasting method is to use a slip coupling. This is one of the best ways to stop burst copper pipe from leaking. You’ll need:

Slip coupling is an item that can serve as a replacement for the broken part of the pipe. You should find one that has the same interior diameter as the pipe in question.

This might require soldering. With the coupling, you should get a pair of nuts and compression rings.

Then, mark the parts of the pipe, so the affected part is within the marked area. This area should be around the same length as the coupling.

Now, cut the pipe on both marked sides with either a metal cutter or by using a handsaw. Before doing this, make sure you’ve turned off the water valve!

Otherwise, you may end up wet or even hurting yourself. Also, ensure the cuts are straight and not diagonal. Then, smoothen the edge of the pipe with sandpaper.

You want to have as clean-cut as possible.

Take the nuts and the compression rings and place them onto the cut. Finally, slip the coupling between them, so it connects two parts of the pipe.

How to Fix Burst Pipes with Adhesive Materials

Another thing you can try is using various adhesive materials. This method is very short-lasting, but it serves as a nice quick fix. Materials you can try to glue the crack with are:

While both of these are temporary solutions, using a mix of resin and fiberglass tape is a more durable one.

What to Do if a Burst Pipe Flooded Your House? Quite commonly, pipe bursts cause flooding. If you notice water running all over your apartment, here’s what you should do:

How to Prevent Burst Pipes

Prevention is the best solution, and burst pipes are no different. Burst pipes temperature is usually below zero, so monitor the temperature always.

If it drops below zero, here are some steps you should take to prevent burst pipes in your home:

While severe pipe damages require professional help, you should know how to fix burst pipes as first aid.

If you manage to keep the situation under control until the plumber arrives, you can lower the damage. Not to mention that you need to stop the flooding fast!

Keep in mind that being frugal isn’t a good option when dealing with severe water damage. Battery backup sump pump is always a good option.

Even though DIY fixes are very affordable, they won’t last forever. Also, once again, make sure the water is turned off before you attempt anything.